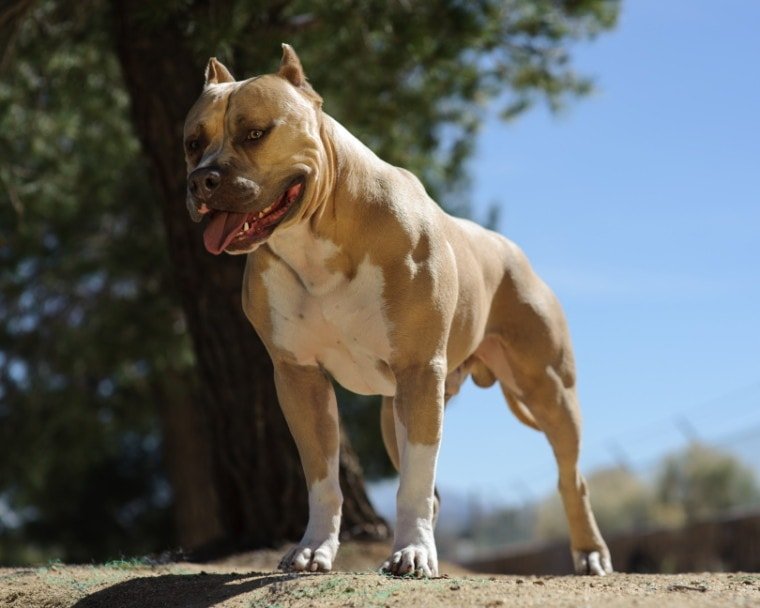 A pit bull mauled an 8-year-old boy to death at his home in Vista Park near Bloemfontein. The pit bull had to be shot dead after it mauled the boy to death. It is alleged that the dog escaped from its enclosure and jumped over the fence into the neighbor’s premises.

A dog mauled a young boy to death in South Africa after the child was left alone to play. The animal attacked the boy, biting him severely on the neck and chest. Police and paramedics were called to the scene but the child was declared dead on arrival. The dog was put down following the incident.

The Sizwe Kupelo foundation has called for a ban on pit bulls in South Africa, citing the breed’s propensity for deadly attacks. Other countries that have either banned or put restrictions on ownership of pit bulls include Russia, Finland, Denmark, the UK, Portugal, parts of Germany, China, Brazil and Australia.

“The defense by pit bull lovers that it is how you raise the dog does not hold water,” said Sizwe Kupelo, founder of an organisation dedicated to preventing attacks by the dogs. “So many people, including joggers, have been attacked and killed by pit bulls.

It is time that the South African government takes decisive steps and imposes a complete ban on the ownership of pit bulls as domestic animals. Such a move would prevent further attacks and unnecessary deaths.”